Lithium-air battery attracts great attention because of its high energy density. In this study, we focus on the aqueous lithium–air secondary battery. The aqueous electrolyte realizes cost reduction and ensures the safe use of a battery. On the other hand, low solubility of oxygen in aqueous electrolyte limits oxygen transport to the reaction site. To realize a more powerful aqueous lithium–air battery, it is necessary to clarify and improve the oxygen transport phenomena in the porous cathode. In this study, we developed the measurement technique of oxygen concentration in the porous cathode under operating condition by inserting a fine optical fiber oxygen sensor.

The experimental setup is shown in Figure 2. The porous cathode (SIGRACET® 10AA, SGL Group, USA) was fixed near electrolyte interface horizontally. The tiny optical fiber sensor was moved up and inserted in the cathode. The temporal oxygen concentration change from the start of discharge was measured at arbitrary positions in the porous cathode. The composite anode was water-stable and had a multilayer structure for the aqueous lithium air battery [2].

Flux for both side of cathode, upper side and lower side, was discussed and comprehensible interpretation was obtained. Although dissolved oxygen that forms flux from the lower side of cathode has an effective supply to the porous electrode, electrolyte layer formed at between the atmosphere and the cathode causes oxygen transport resistance. 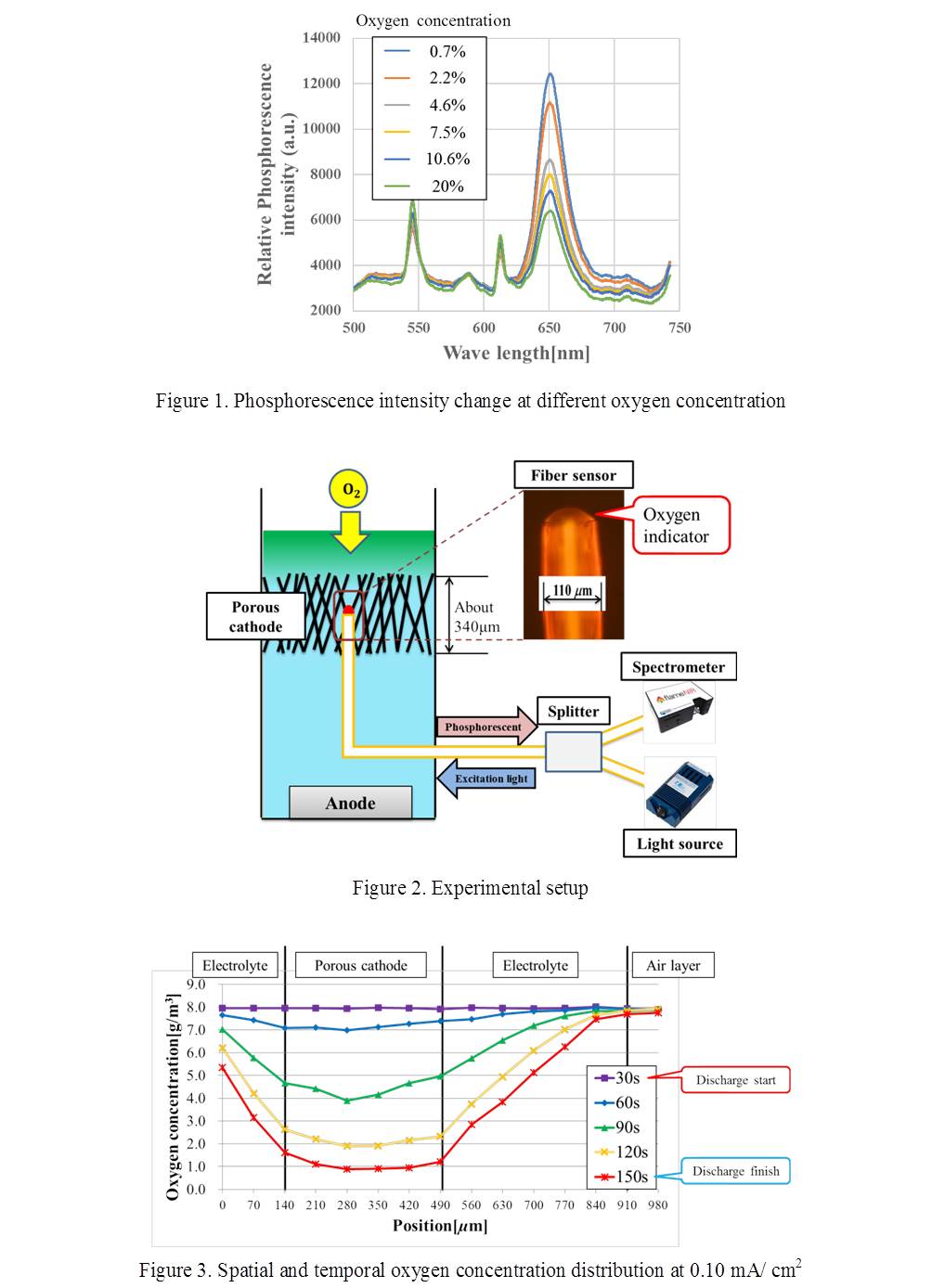