The deposition of the epitaxial germanium alloys was conducted on bare Si(001) substrate in a Centura® 300 mm RP Epi chamber from Applied Materials. Commercially available gas sources such as dichlorosilane (SiH2Cl2), germane (GeH4), digermane (Ge2H6), and tin tetrachloride (SnCl4) were used in the thermal chemical vapor deposition of epitaxial germanium, silicon germanium (Si1-xGex), and germanium tin (Ge1-xSnx). Etching in hydrogen chloride was performed in the same chamber at a temperature below 400°C.

Fig. 4(a) and 4(b) show the ω/2θ scan and the AFM image, respectively, of a post-etch Ge0.92Sn0.08 on relaxed germanium. The density of the large pits is again close to that on an etched relaxed germanium layer.

The authors thank Dr. Hong Zhang of Precision TEM for the TEM analysis. 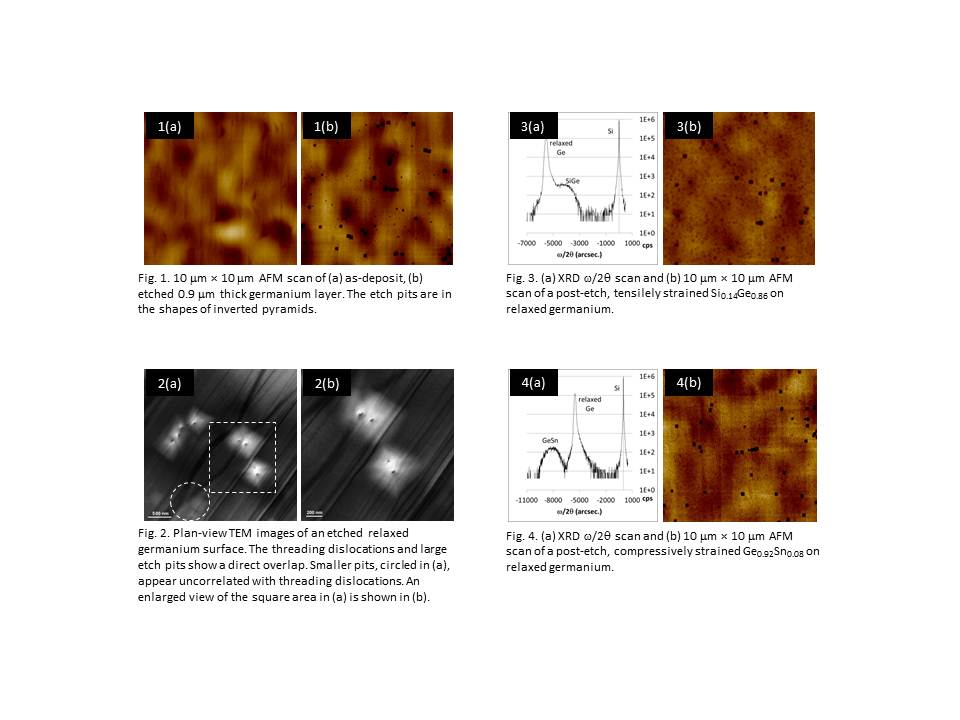