1701
Development of Glyoxylic Acid Based Electroless Copper Deposition on Ruthenium

Furthermore, we found that 2,2’-bipyridyl worked as stabilizer, brightener and suppressor in the glyoxylic acid based bath. Figure 2 shows surface morphology, roughness  and purity of ELD Cu using various concentrations of 2,2’- bipyridyl. The roughness and the purity of copper films improved by adding 2,2’-bipyridyl in the bath. The high purity of Cu might help to reduce void generation during the annealing process after filling. Figure 3 shows cross sectional TEM images of TSV after ELD on Ru. The ELD layer was defect free and worked as a seed layer for electrodeposition of copper. The advantage of depositing a conformal seed layer is that it also reduces the total Cu overburden, which is to be removed by CMP. 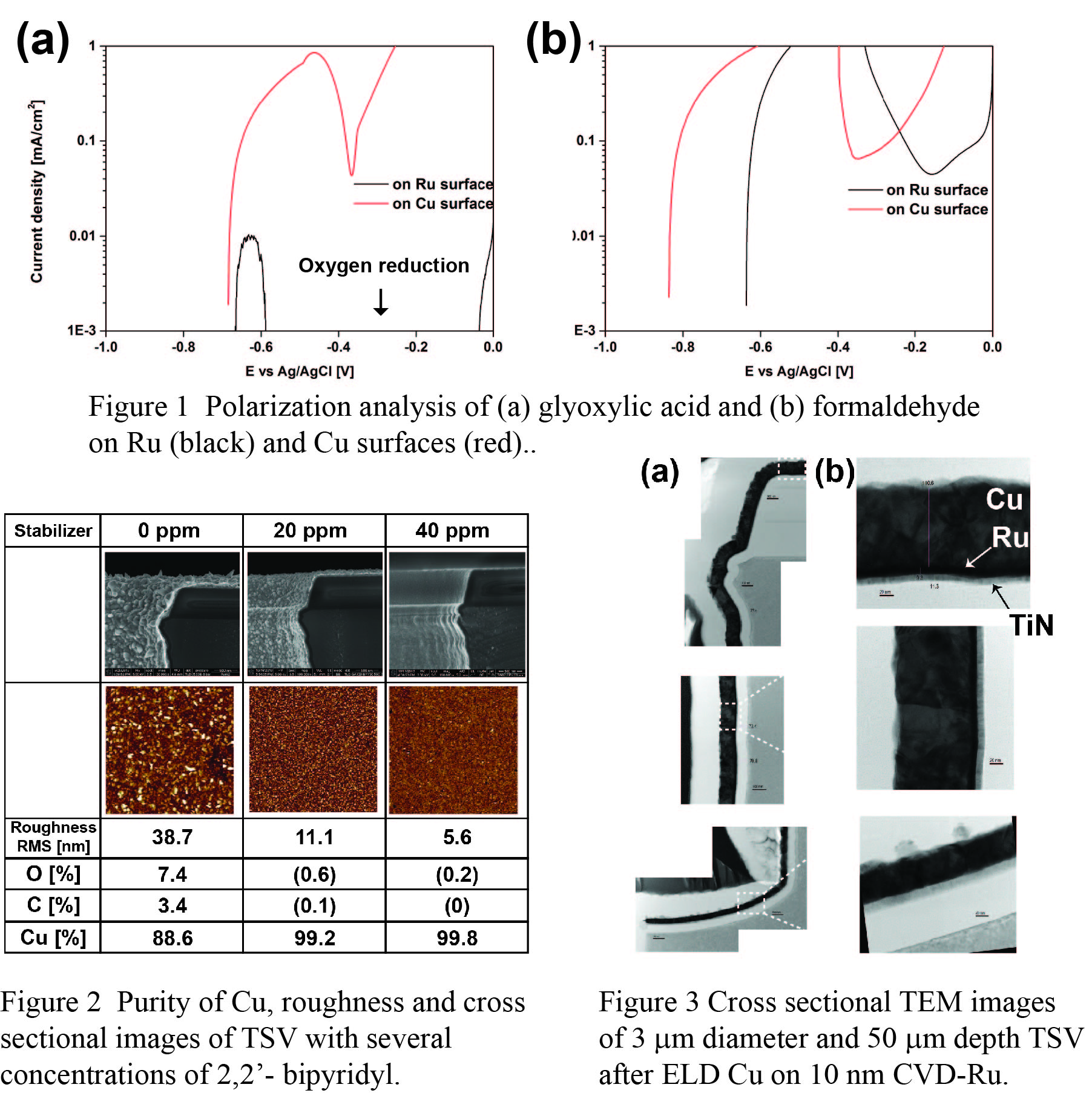