Using an electroless deposition (ELD) of Cu chemistry with alkaline pH has the advantage of less-dissolution of Co and, therefore, a thinner Co liner can be used. This would be beneficial for small feature filling. Nevertheless, formaldehyde, which is conventional reducing agent of Cu, did not show catalytic effect on Co surface [3]. In this case, the nucleation mechanism on Co is a replacement reaction, during which some cobalt is consumed during ELD-Cu reaction that is in competition with ELD-Cu deposition reaction in the initial stage of the Cu film growth.

In this paper, we investigate minimization of Co consumption by analyzing each component of glyoxylic acid based ELD Cu.

Figure 3 shows the cross-sectional TEM images and TEM-EDX images of a 3 ×  50 µm TSV after ELD-Cu on CVD-Co (45 nm)/ALD-TiN (12 nm). The Co thickness was 45 nm on top and 10 nm at the bottom. The ELD solution contained the identical concentrations of complexing agent and Cu ion.  Glyoxylic acid was used as reducing agent. A continuous Cu seed was obtained in the TSV along the sidewall. Neither delamination nor voids were seen after ELD. Furthermore, the Co thickness in entire TSV did not changed. It is due to the optimization of complexing agent and reducing agent inside Cu bath. 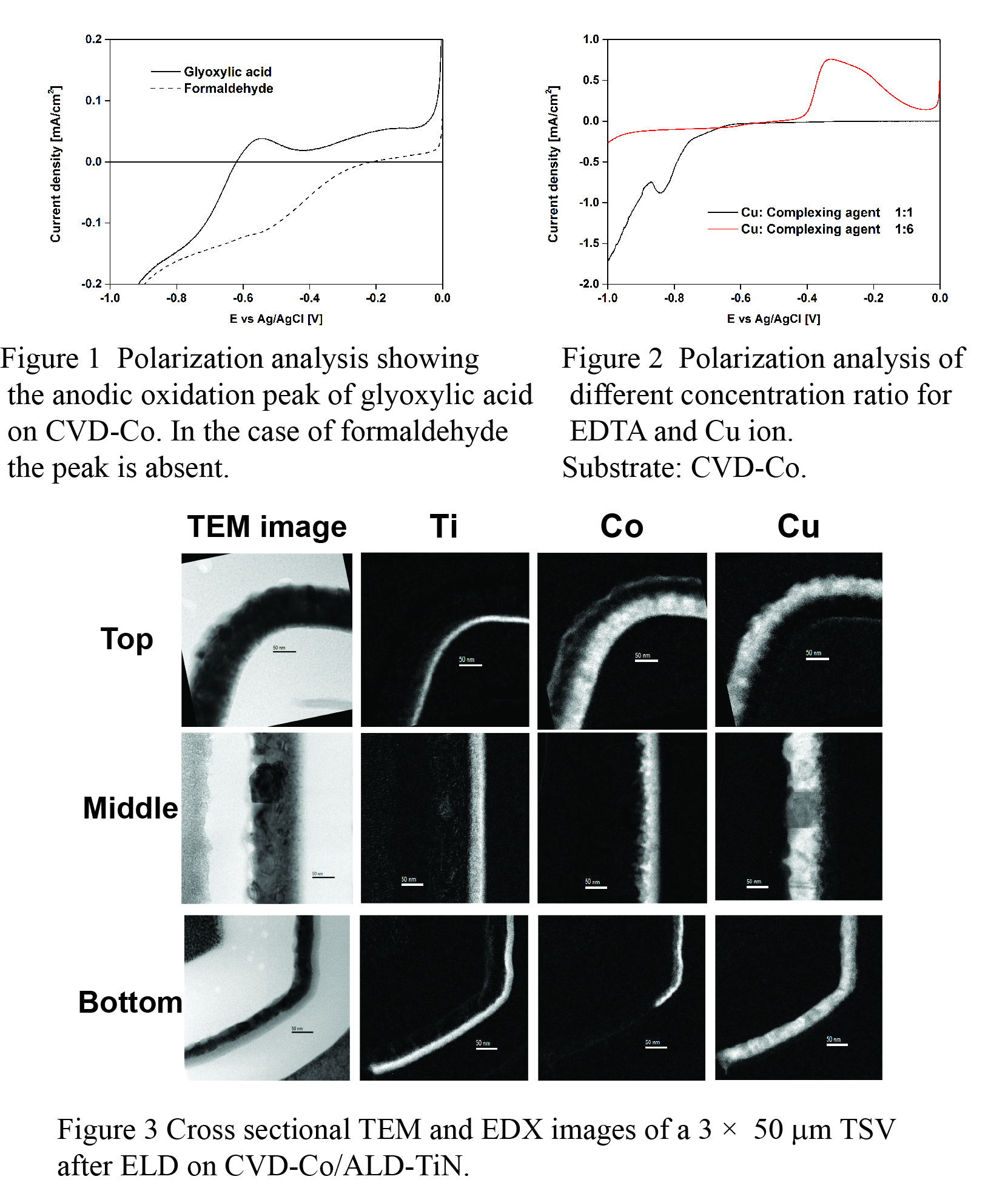