In order to deposit ELP film on dielectric layer, catalyst process is the most important. In general, Sn-Pd process has been used for catalyst process of ELP. In addition, palladium nanoparticles (Pd-NPs) showed high density of adsorption, which assisted achievement of thin and conformal ELP formation in high aspect ratio TSV [1, 2].

In this study, we have developed the Pd-NPs to shorten the processing time in TSV and disperse in water for a long period. We found that the addition of compound A(COM-A ) or B enable to significantly improve the stability without losing the adsorption property of Pd-NPs.

According to the Stokes-Einstein equation, if the temperature and viscosity of a solution is constant, the decreasing of the diffusion coefficient indicates that the particles aggregate each other. Thus, the substantial catalyst particle number can be decreased for the case without COM-A.

In addition, we also found that the addition of COM-A is possible to dispersed again agglomerated Pd-NPs. These results suggest that the Pd-NPs solution with COM-A is applicable to actual manufacturing process. 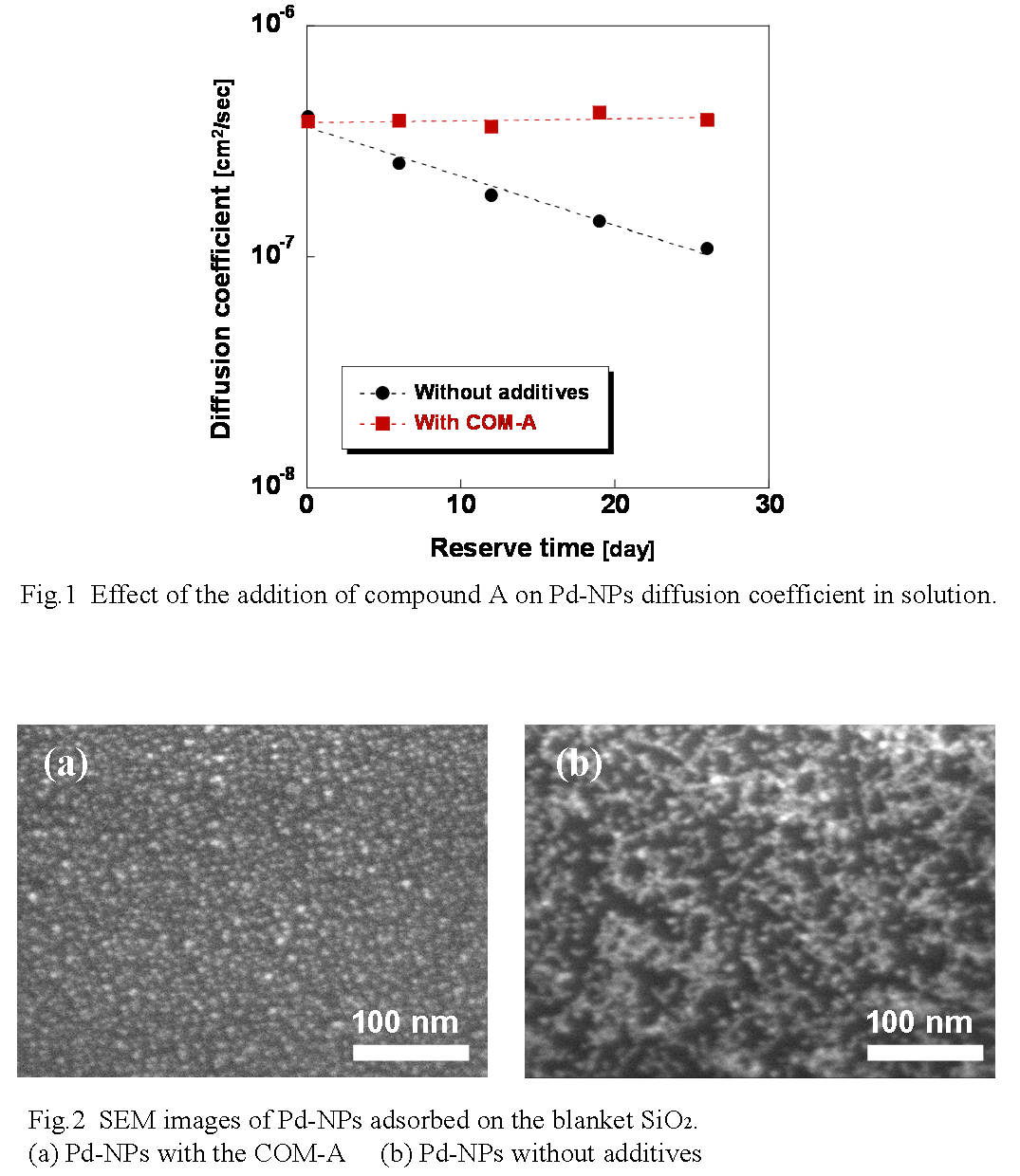