200mm thermally oxidized silicon substrates are used in this study. 500nm-thick copper layer are then deposited on a 20nm-thick titanium nitride layer which is used to prevent copper diffusion into silicon substrate. Copper-copper bonding is studied through two different bonding techniques: direct bonding at room temperature under atmospheric pressure after surface activation by chemical and mechanical polishing (CMP activated bonding) and thermocompression bonding (TC bonding) using a combination of a thermal budget and compressive stress. In both cases, additional post-bonding annealing is accomplished under nitrogen atmosphere.

In our bonded copper layers configuration, voiding phenomenon is supposed to have different origins:

In order to evaluate roughness impact on the voiding phenomenon, bonding was performed thanks the two different techniques on copper surfaces exhibiting identical surface topology properties (post CMP treatments) (Fig. 1a). In order to aggravate void creation, TC bonding was also performed with extreme parameters in terms of pressure values and copper surface roughness (Fig. 1b). Void densities and volumes were estimated by high resolution Secondary Electron Microscopy (SEM) cross-sections observations (Fig. 2). A special attention was paid to imaging conditions and analysis. Indeed we operated data collection over large sections of about 40µm. In the context of this study we were able to appreciate significant differences between bonded samples. More specifically we focused on volume variations and size distributions which enabled us for instance to highlight the role of roughness in voiding phenomenon.

In the light of these results, the impact of the different factors will be discussed and the main source of voiding due to creep deformation will be demonstrated.

Fig 2: SEM cross section. a – On CMP activated bonding after a post bonding annealing at 400°C. b – On TC bonding performed at 400°C under a pressure of 2.9 MPa on high-roughness surfaces. Voids are arrowed. 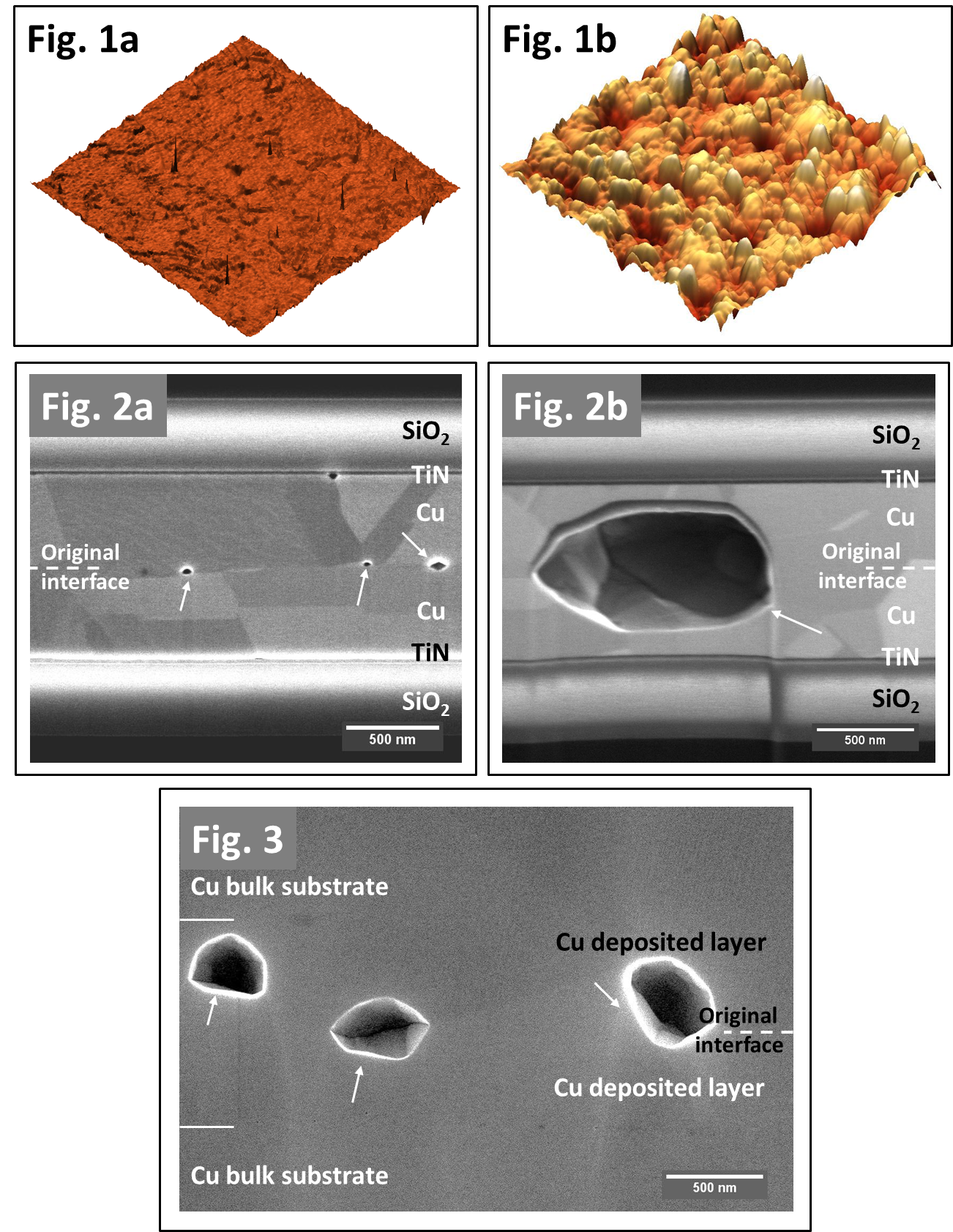