Figure 1 shows the effect of 5 × 1015 cm-2 proton irradiation at 10MeV on drain I-V characteristics before and after. The saturation current, IDSS, was reduced by 68.3% and mobility, which was calculated from linear region of drain I-V curve using charge control model, was reduced by 69.3%. These reductions were due to the displacement damage induced by ion bombardment from proton irradiation. Table 1 shows the summary of MOS-HEMTs device degradation in IDSS, transconductance, threshold voltage shift, mobility, and sheet carrier concentration.

In conclusion, irradiation-induced damage causes the reductions of carrier mobility and carrier concentration. The severe degradation in lower irradiation energy is observed due to the more acceptor type defects generated near the 2 dimensional electron gas channel. 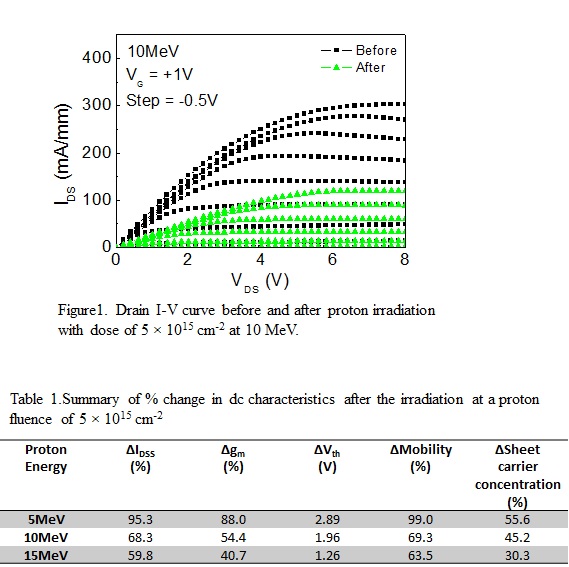