One of the issues in the DSC is the internal resistivity. In conventional DSCs, as shown in Fig. 1(a), porous semiconductors are used in order to increase the number of adsorbed dye molecules on the semiconductor surface. In this case, although sufficient light absorption is available, the porous structure degrades the crystalline quality, suppressing electron mobility, and makes the carrier path in the semiconductor narrow, increasing the internal resistivity of DSCs.

To solve this problem, we proposed the waveguide-type sensitized solar cell2based on thin-film semiconductors shown in Fig. 1(b). In this cell, guided lights in the thin films are used to generate photocurrents instead of normally-incident lights. In such “guided light” configuration, the lights pass through a substantial number of dye molecules to enhance light absorption, consequently, enhance photocurrents.

In the present work, fabrication and evaluation of the tapered vertical waveguide films, and sensitization for ZnO thin films were investigated.

Figs. 5(a) and (b) show two proposed sensitization mechanisms for the sputtered ZnO thin films. In Fig. 5(a), a two-dye stacked structure is grown using LP-MLD by sequentially providing p-type dye (rose bengal: RB) and n-type dye (crystal violet: CV) on sputtered ZnO thin film surfaces. This structure is expected to widen the photocurrent spectra as shown in Fig. 5(c) because electrons excided in the p-type dye are injected into ZnO directly, and electrons excided in the n-type dye are injected into ZnO through the p-type dye. In the model shown in Fig. 5(b), the two-dye stacked structure is replaced with a ZnO/Cr2O3 multi-layer, which is regarded as a multiple quantum well consisting of Cr2O3quantum wells with different widths. This structure is expected to widen the photocurrent spectra, too. Experiments on these attempts are under way. 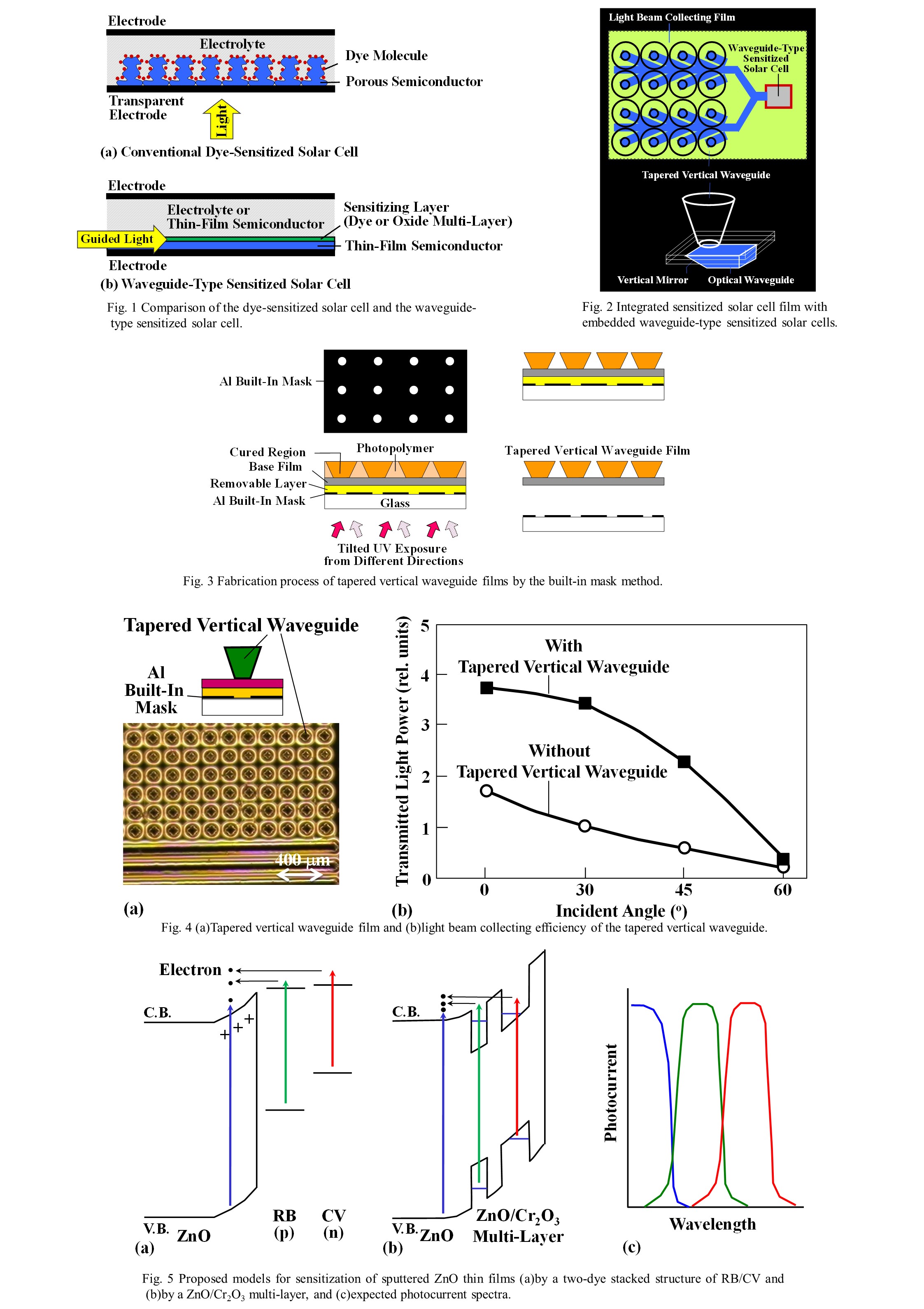