Many techniques have been used to deposit AZO thin films currently, such as sol gel processing, magnetron sputtering, pulsed laser deposition (PLD), chemical vapor deposition (CVD), and atomic layer deposition (ALD). Among these film deposition methods, ALD has been extensively investigated for the deposition of thin films of metals, alloys, semiconductors, and oxides. Compared with other techniques, ALD is considered as a novel technique for the deposition of AZO films due to its characteristic feature of self-limiting surface saturating reactions in each ALD cycle. ALD technology consequently and accurately controls the layer thickness with unprecedented atomic level precision, as well as the stoichiometry, composition, uniformity of large areas and maintains excellent conformity over complex surface nanostructures. The other advantage of ALD technology is to introduce each ALD chemical precursor sequentially separated by time to react on the surface of the structure. The concentration of dopant in the ZnO films can be precisely controlled by the number of ALD cycles, so that the physical properties of AZO films, such as carrier density and conductivity, can be adjusted to meet the requirements of different applications.

In this study, a Savannah 100 cross-flow thermal ALD reactor was used for the deposition of Al doped ZnO thin films. The precursors of aluminium, zinc and oxygen used in the ALD process for the synthesis of Al doped ZnO thin films were trimethylaluminium (TMA: Al2(CH3)6), diethylzinc (DEZ: (C2H5)2Zn) and DI water. The growth temperature of AZO thin films was maintained at 250 oC. The flow rate of N2, used as a carrier gas, was accurately controlled at 20 sccm. In order to deposit ALD AZO films with various percentages of aluminium, TMA cycles were introduced once in every 30 pulses of DEZ and H2O injection. After deposition, AZO films were annealed in air at 500 oC, 600 oC, and 700 oC for 30 min, respectively.

X-ray diffraction (XRD) was performed to characterize the crystal structure of ALD ZnO and AZO films. Field emission scanning electron microscopy (FE-SEM) was used to inspect the morphology of AZO films before and after annealing. The surface roughness was analyzed by atomic force microscopy (AFM). The compositions of AZO thin films were analyzed by energy dispersive X-ray spectroscopy (EDS). The sheet resistivity of AZO films was determined by using four-point probe measurements. 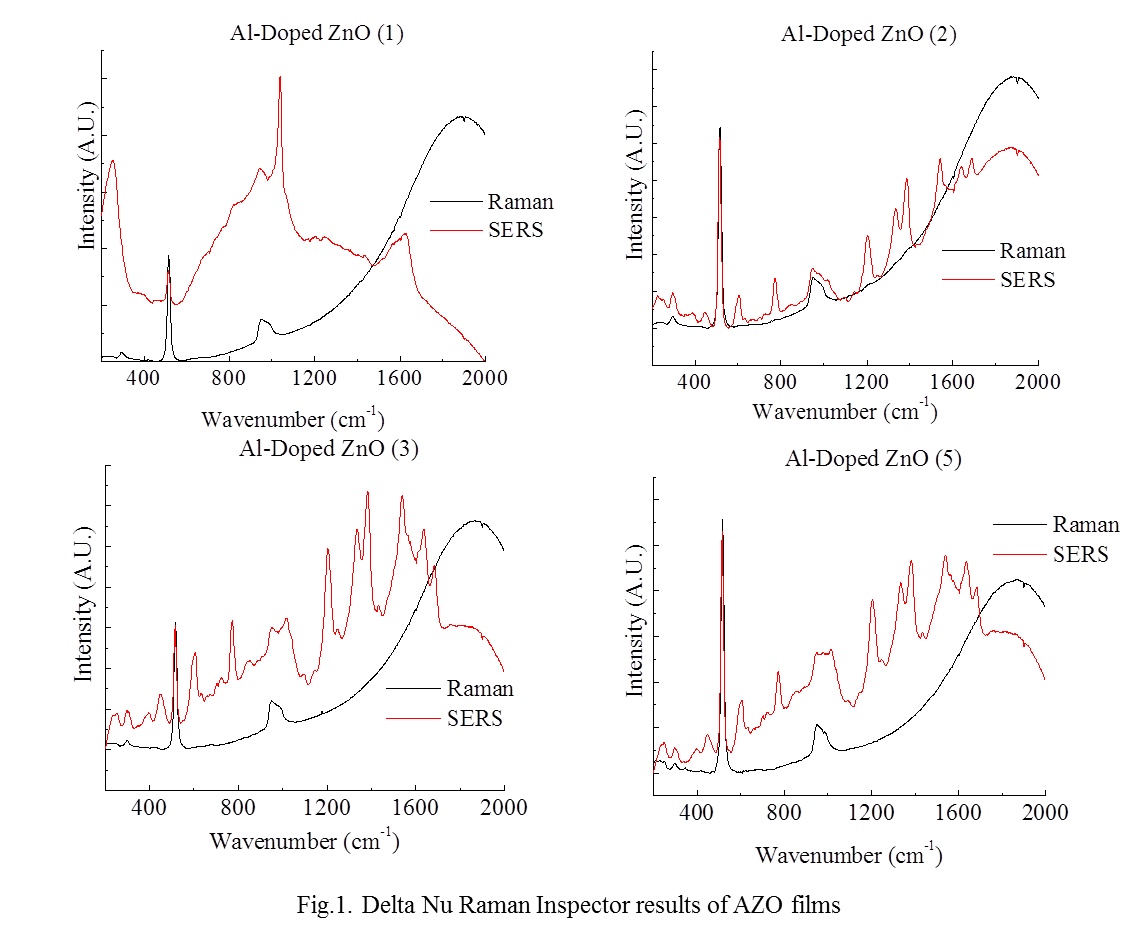