In this study, different polymer composites for bipolar plates based on synthetic graphite (SG), natural graphite (NG), and expanded graphite (EG) at a fixed graphite to polymer weight ratio were prepared by compression molding and compared in terms of three main properties: flexural strength, flexural modulus, and in-plane electrical conductivity. Novolac phenolic resin was chosen to form the composite because of its low cost and easy processing. EG turned out to be the best candidate, exhibiting flexural strength of 109 MPa and flexural modulus of 24 GPa even with a high graphite loading of 80 wt% and a low plate thickness of 0.9 mm, as well as in-plane conductivity of 182 S/cm. The EG content was then varied in a range of 60-85 wt% to find out the optimal composite composition. After this, a sandwich structure of buckypaper-composite-buckypaper was created to probe the effects of adding buckypaper on the mechanical and electrical properties. In addition, carbon nanotubes (CNTs) were incorporated into the EG-novolac resin composite for the first time, to the best of our knowledge, at low concentration of 0.5-2 wt% in the hope of potential benefits through nanostructuring. Through-plane electrical conductivity and corrosion resistance were also assessed for the composites with MWNTs 0-2 wt%. Previous research efforts on through-plane conductivity measurement either involved use of a reference material (4, 5), or calculated the sample bulk resistance roughly by assuming that all the contact resistances were the same (6), or did not provide specific description capable of separated analysis of interfacial contact resistance and bulk resistance (7). Herein a modified approach is suggested for detailed and reliable evaluation of through-plane resistance and contact resistance. As to corrosion behavior studies, a majority of them concentrated on metallic plates, some emerged in recent years to delve into the corrosion stability of graphite composites (8, 9), while the field of corrosion characteristics of EG-based bipolar plates and the influence that CNTs would have on their corrosion properties remains unexplored. The present work thus aims to shed some light on this aspect as well. 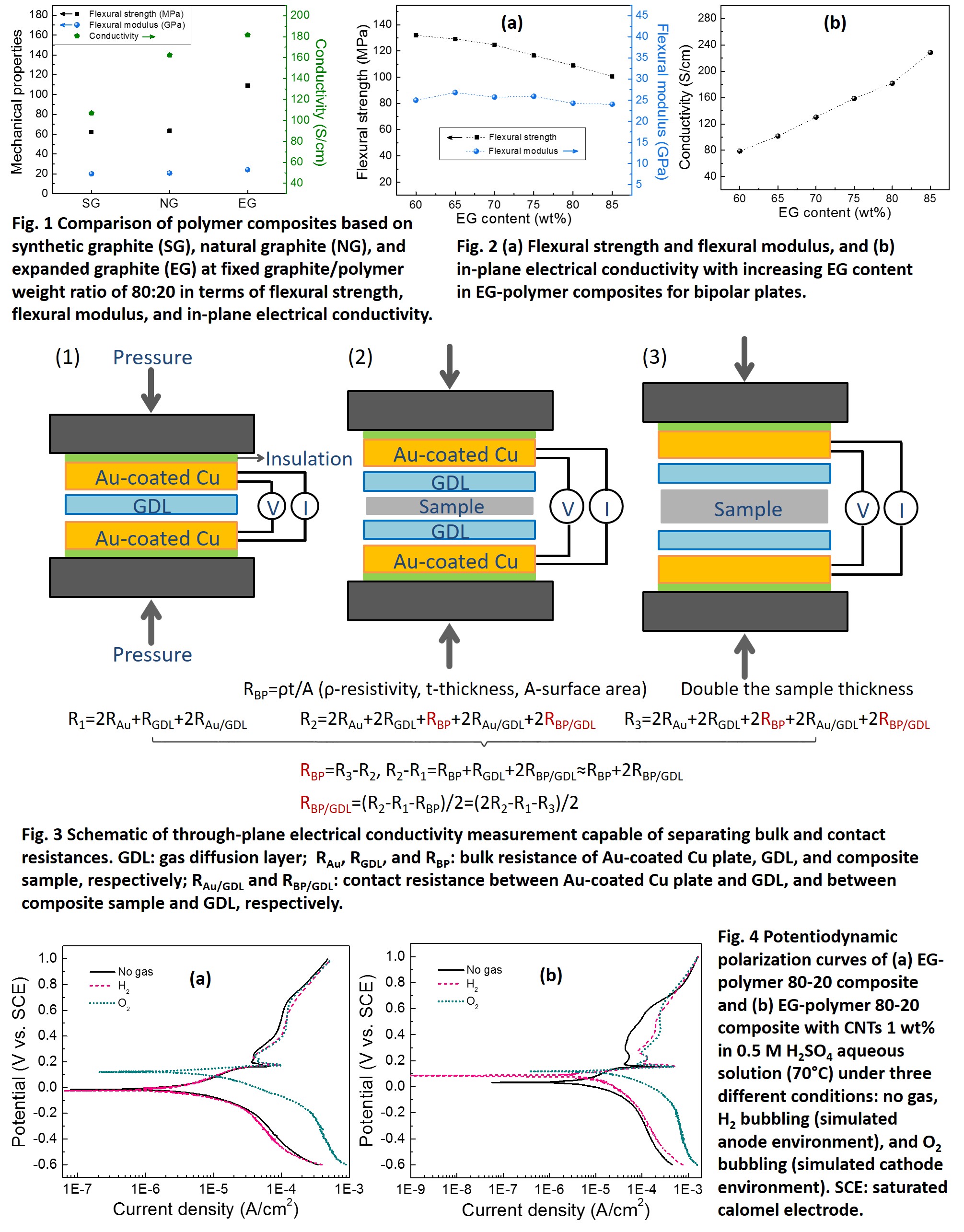