The performance of a SiC MOSFET has not reached the level predicted based on the physical properties of SiC. One of the reasons is that interface state density (Dit) at SiO2/SiC is more than an order of magnitude higher than that at SiO2/Si. [1] Therefore, it is a key for improving the performance of SiC MOSFET to clarify the origin of Dit and SiO2/SiC interface structure formed by thermal oxidation, and to control interface structure based on the knowledge. We have reported the results of the changes in chemical bonding state of SiO2/4H-SiC (000) (C-face) and 4H-SiC (0001(-)) (Si-face) structure with the progress of thermal oxidation using angle-resolved X-ray photoelectron spectroscopy (AR-XPS). [2, 3] In this paper, we report the results the initial stage of thermal oxidation on 4H-SiC (0001) on-axis and 4° off-axis substrates.

From the changes of the Si 2p3/2 and C 1s photoelectron spectra, a changes in chemical bonding state of SiO2/SiC structure with the progress of thermal oxidation were observed. We found that there is the defference in SiO2/SiC interfce structure between on-axis 4H-SiC(0001) and 4° off-axis 4H-SiC(0001). 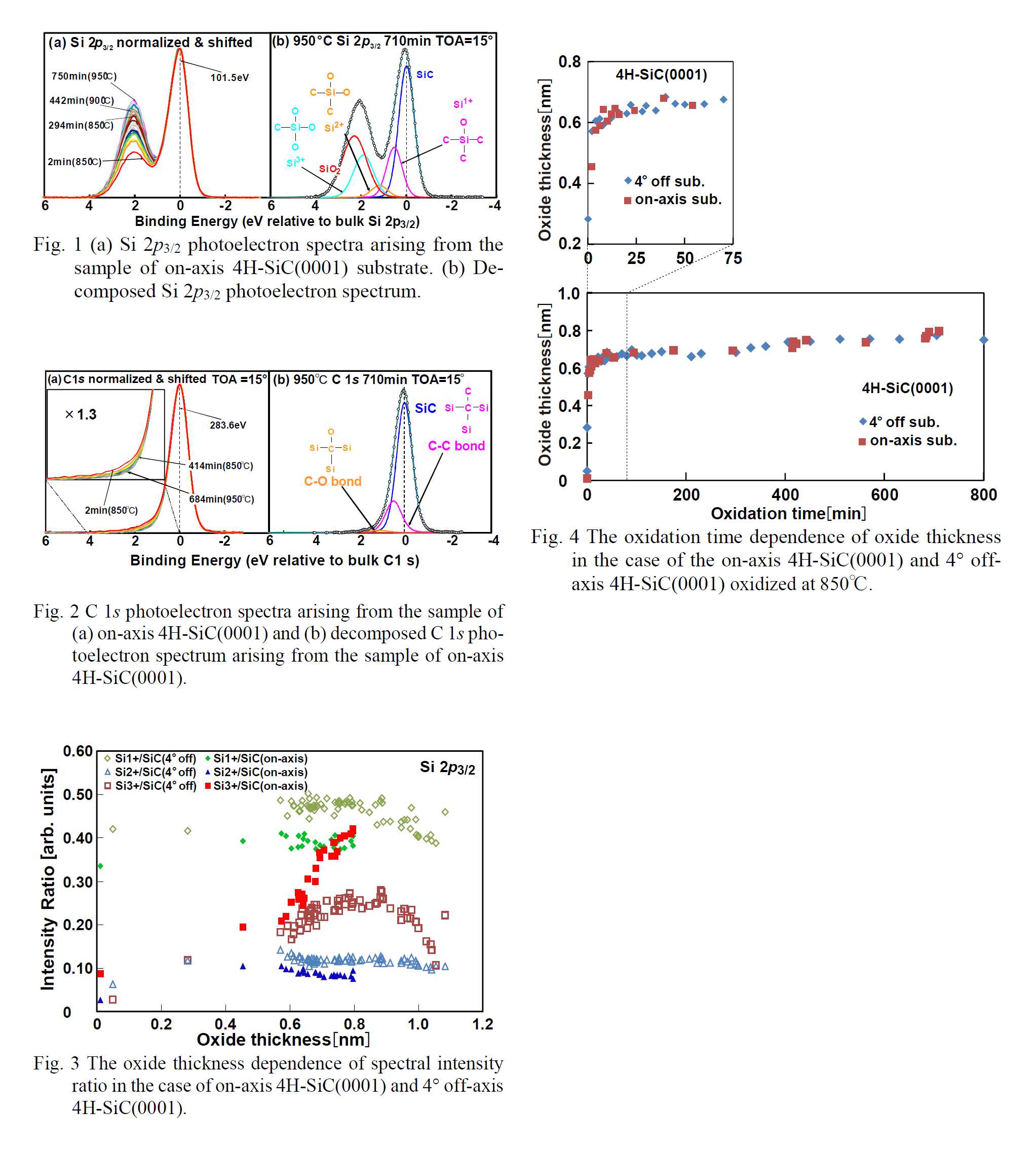