912
(Invited) Interpretation of Certain Features of the Interface Stress vs. Electrode Potential Curves of Gold with the Help of Dual Dynamic Voltammetry

Chesapeake H (Gaylord National Resort and Convention Center)
G. G. Láng, N. Kovács (Eotvos Lorand University, Institute of Chemistry), Z. Dankházi (Eotvos Lorand University, Institute of Physics), S. Vesztergom, and M. Ujvári (Eotvos Lorand University, Institute of Chemistry)
It is a widespread opinion that the electrochemical behavior of gold in aqueous media has been thoroughly studied, and the interface stress changes of gold can be explained by monolayer oxide formation/removal and adsorption phenomena. However, there are some peculiarities to consider. For instance, a sudden change in the slope of the interface stress vs. electrode potential curve recorded during the negative-going scan of the cyclic voltammogram can be observed in the oxide reduction region of gold in sulfuric acid solutions (Fig. 1).

The method of dual dynamic voltammetry, i.e. the simultaneous application of dynamic potential programs to the generator and the collector electrodes of a generator-collector system, is a promising new method for studying the mechanisms of electrochemical processes [1-3]. By applying this method to a gold/gold rotating ring-disk electrode (RRDE) it could be shown that the sharp change in the slope of the surface stress vs. potential curve recorded in the oxide reduction region of gold in sulfuric acid solutions [4] is accompanied by the formation of soluble, electrochemically reducible gold species which can be detected at the ring electrode. 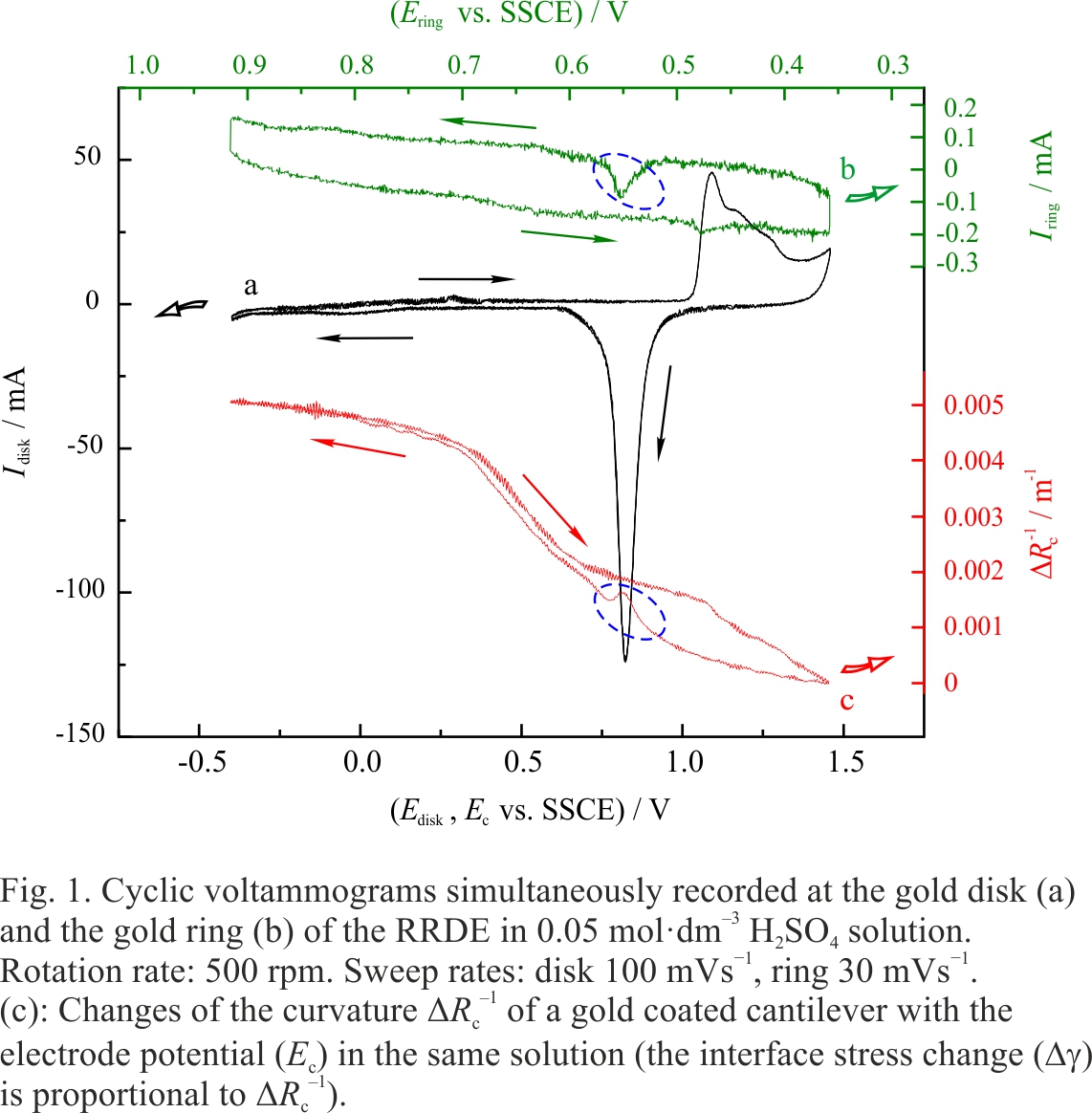