913
In-Situ Measurements of Stress during Electrodeposition of Copper Nanofilms: Effects of Deposition Rate and Grain Size

In this paper we report results of in situ stress monitoring during deposition of copper nanofilms from acidic CuSO4 electrolytes. Stress was monitored over a larger range of growth rates from 0.22 nm s-1 to 6.9 nm s-1 during deposition from additive-free electrolyte. At low growth rates, steady state stress was compressive. As growth rate was increased, the stress became less compressive and eventually became tensile. Crossover from compressive to tensile stress occurred at a growth rate of ~1 nm s-1. Both in-situ AFM imaging during deposition and ex-situ SEM imaging were used to characterise the evolution of grain size. In general, grain size increased with continued deposition but eventually reached a constant value.

Simulations based on a kinetic model [3] gave an excellent fit of our experimental stress measurements in the region of constant grain size (~870 nm). In the region of variable grain size, a fit of the model to the experimental data gave a grain size that is in good agreement with the average (520 nm) obtained from SEM and AFM.

The observed behaviour supports Chason’s model [3] of stress development in thin films. According to that model, stress originates primarily from effects at grain boundaries. As grain boundaries form, tensile stress tends to develop because of a so-called “zipping” effect whereby the surfaces of adjacent grains near the film surface tend to attract once the separating distance becomes small. When the attraction between adjacent grains becomes strong enough, they “zip” together, closing the gap between them and creating tensile stress as the material stretches slightly to fill the gap. Similar effects occur near the film surface as existing grains continue to grow: when the atoms at the edges of terraces on two adjacent grains get sufficiently close to each other they bond to each other even if that bond causes stress in the layer. This tensile stress can be relaxed or made compressive by the insertion of atoms into the grain boundary by diffusion from the surface. Our experimental results will be discussed in detail in terms of this model. 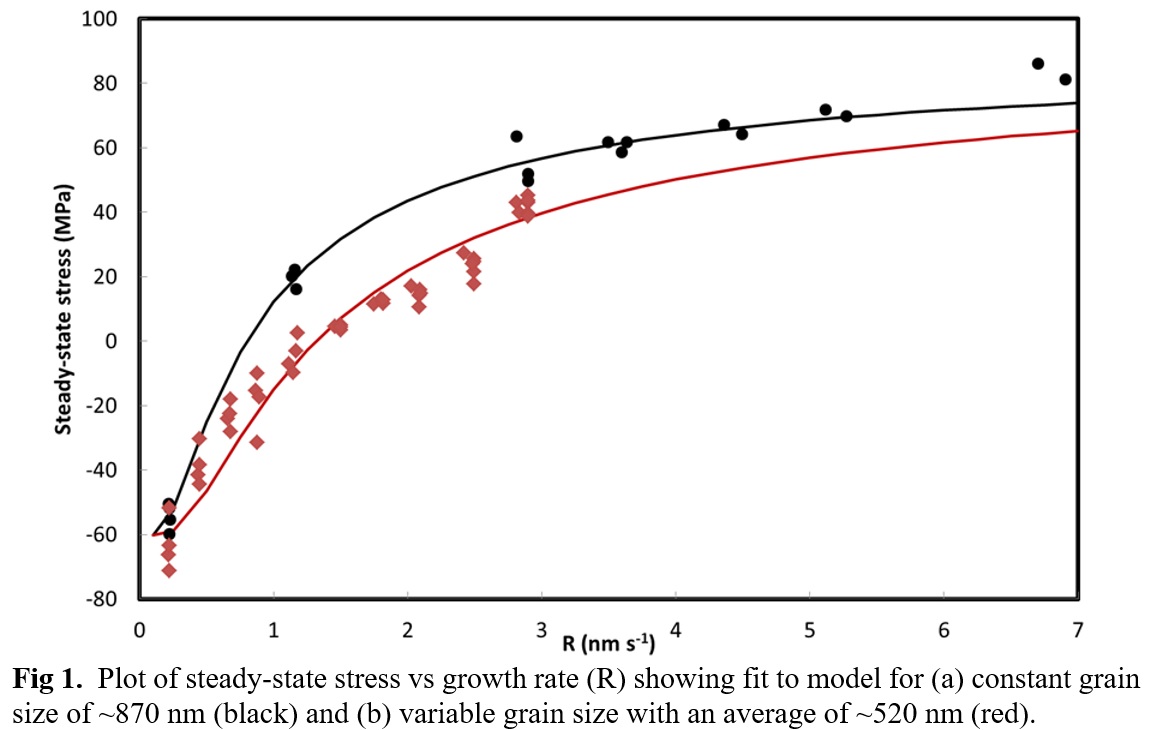