Prince George's Exhibit Hall D/E (Gaylord National Resort and Convention Center)
A. Verma and P. P. Mukherjee (Texas A&M University)
Silicon is an attractive candidate as a negative electrode material for lithium-ion batteries due to its high theoretical capacity (4200 mAh/g). However, high volume change (nearly 300%) in Si during lithiation and delithiation has significant deleterious effects, causing particle fracture beyond a critical size of around 200-300 nm even for low C-rates. The limitations of Si anodes are compounded by the fact that the prohibitively high expansion precludes the formation of a stable solid electrolyte interphase (SEI) layer. The SEI side reactions continue unabated with Si unlike graphite where the SEI film stabilizes after the first few cycles forming a protective layer between the electrode and the electrolyte. Consequently, capacity-fade with the Si anode progresses fast leading to low cycle life. In this regard, it is necessary to delineate the effect of coupled mechanical and chemical degradation modes in Si active particles along with SEI layer. In this work, we focus on investigating the coupled mechano-electrochemical interaction, based on a stochastic modeling and analysis, in Si active particles with SEI layer, as shown representatively in the attached figure including fracture evolution and damage stochastics phase map. 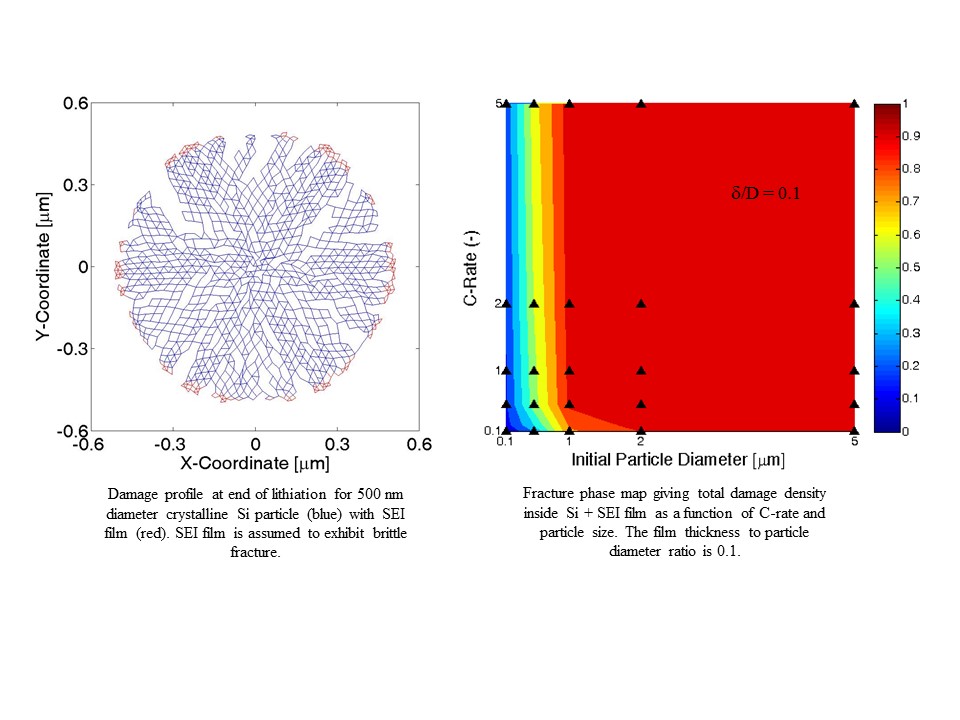