Prince George's Exhibit Hall D/E (Gaylord National Resort and Convention Center)
C. Qi, Y. L. Zhu, and Q. J. Jiao (Beijing Institute of Technology)
Lithium-ion battery (LIB) is regarded as a promising energy for its high energy density. LIB safety has been attracted much attention due to their frequent occurrence of accidents. The properties of battery material are the key parameters to influence the battery safety1. In this paper, the thermal and structural properties of cathode and anode with different states of charge (SOCs) were studied by high magnification microscope, SEM (Scanning electron microscopy), XRD (X-ray diffraction) and DSC (Differential Scanning Calorimetry). LIBs with Li(Ni1/3Co1/3Mn1/3)O2 (NCM) as cathode, graphite as anode, and electrolyte of LiPF6 in ethylene carbonate(EC)/diethyl carbonate(DC)/dimethyl carbonate (DMC) (1:1:1) were charged with different SOCs (0%, 20%, 40%, 60%, 80%, 100% and 120%). LIBs were disassembled in an argon-filled glove box, and cathode and anode materials were obtained, separately.

The results of the high magnification microscope showed that the color of cathode changed from black to golden gradually with SOC increasing shown in Figure 1. This phenomenon probably resulted from the formation of LiC6 and lithium metal produced by insertion of lithium ion into cathode carbon layer2. From the SEM images, it can be seen that the cathode were getting powdery with an increase in SOC. When SOC was 0%, the XRD result of cathode showed four diffraction peaks, which were at 2θ=25.23 with d=3.52, 2θ=26.40 with d=3.38, 2θ=42.36 with d=2.13 and 2θ=44.50 with d=2.03 respectively. Compared with the XRD standard spectra, they can be ascribed to plane (101), (102), (100) and (101) of LiC6 and LiC12. The diffraction peak intensity of LiC12 which is produced at the beginning of charge reduced2, while the diffraction peak intensity of LiC6 increased along with the lithium ions intercalating into the graphite. From the DSC results, it can be seen that there were two exothermic peaks for cathode. The first exothermic peak which occurred at ~112 ℃ had no change with SOC increasing for the decomposition of electrolyte and SEI (solid electrolyte interface). The other one occurred at ~280 ℃, and its output heat increased with an increase in SOCs.

From the SEM results of anode, it can be seen that an identical shape appeared below SOC=100%, whereas an obvious aggregation could be found in the SOC=120% sample for the lithium ion exchange reaction2. From the XRD results, it could be seen that all diffraction peak angles of anode are getting broader and shifting to lower diffraction angle with SOC increasing. This phenomenon suggests that an internal stress is induced by lithium extraction3. When SOC was 0%, the DSC results of anode showed that there was one endothermic peak at ~169 ℃ and two exothermic peaks. The two exothermic peaks were at ~289 ℃ and ~347 ℃.The endothermic peak could be ascribed to the melting of LiPF64. The onset temperature of the two exothermic peaks which are caused by the reactions between oxygen with electrolyte shifted to lower position with an increase in SOC. These reactions become more intense due to the increasing amount of releasing oxygen of anode.

[3]. Makimura Y, Sasaki T, Oka H, et al. Studying the Charging Process of a Lithium-Ion Battery toward 10 V by In Situ X-ray Absorption and Diffraction: Lithium Insertion/Extraction with Side Reactions at Positive and Negative Electrodes[J]. Journal of The Electrochemical Society, 2016, 163(7): A1450-A1456. 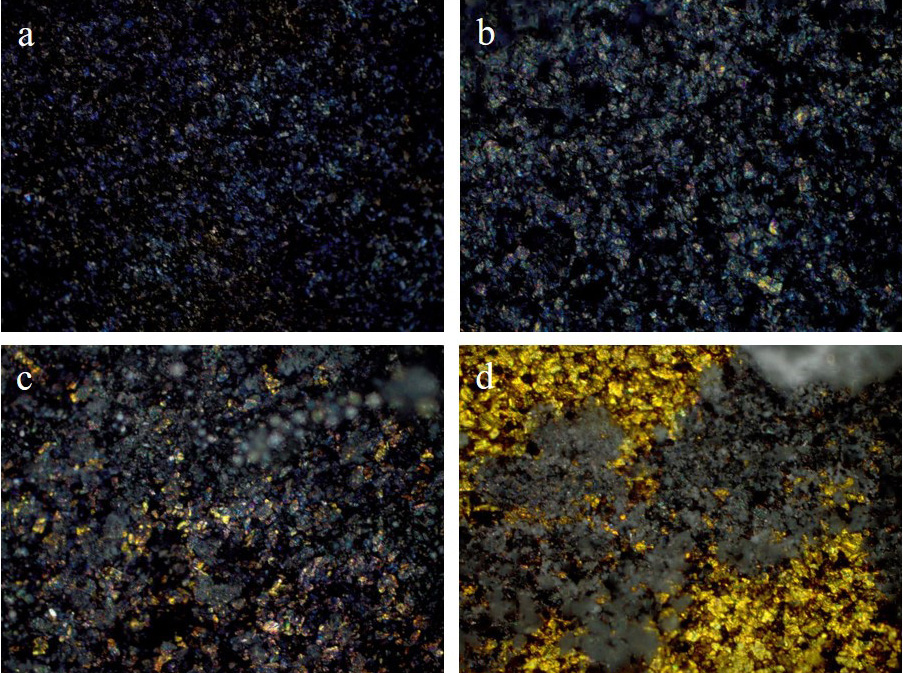